The video, “Lu Andong: He Put Forward the Memory Project of the Nanjing Yangtze River Bridge,” from NJU’s journalism school’s National University Students’ Program for Innovation and Entrepreneurship Heroes at University, won the third prize of the Best Student Work, and the School of Journalism and Communication of Nanjing University was awarded the Active Participation Prize.

The host is reading the list of winning works.

“Lu Andong: He Put forward the Memory Project of the Nanjing Yangtze River Bridge” won the third prize of the Best Student Work.

Trophies and certificates of the Active Participation Prize and the Best Student Work.

After three rounds of reviews by a judges’ panel of 30 specialists and scholars from the guidance units, host units and 11 universities, six awards were given to 57 winning works, and the Active Participation Prizes were given to 10 units.

The short documentary directly exposes the audience to the special meaning of the bridge, which constitutes the shared memories of Chinese. The audience can also appreciate the unique humanistic concerns and professionalism of Professor Lu in this video.

Professor Bai Jing, a judge of the competition and head of the NJU National Demonstration Center for Media Education, is watching the VR video, “Travel in China • Dunhuang” in the ceremony. 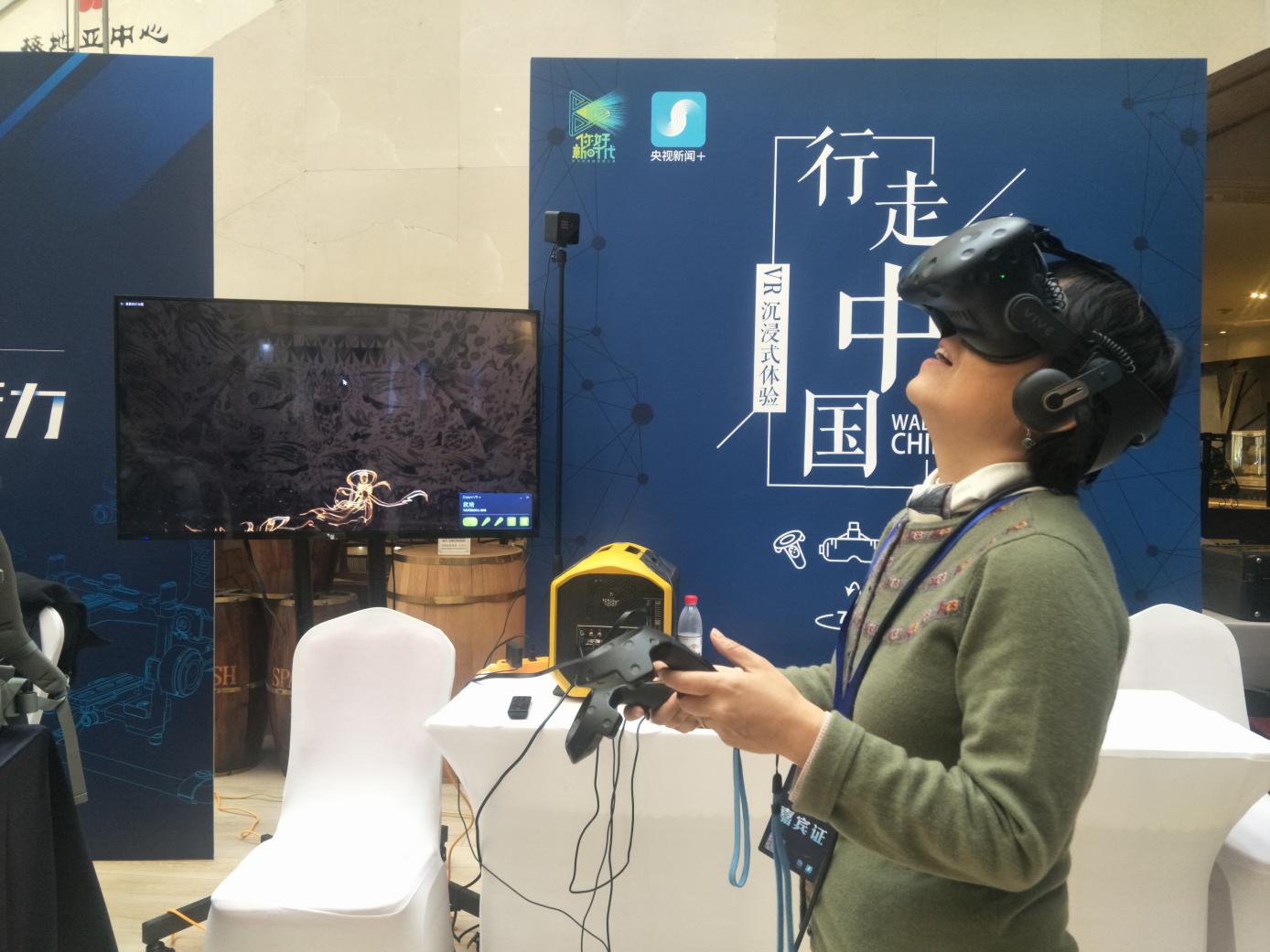 Link to the winning work, “Lu Andong: He Put forward the Memory Project of the Nanjing Yangtze River Bridge”: