A national education class of over 100 students from the School of Journalism and Communication were impressed on their visit to the art museum on November 12 by the art works by Li Ruiqing, principal of Liangjiang Normal College, the predecessor of Nanjing University. 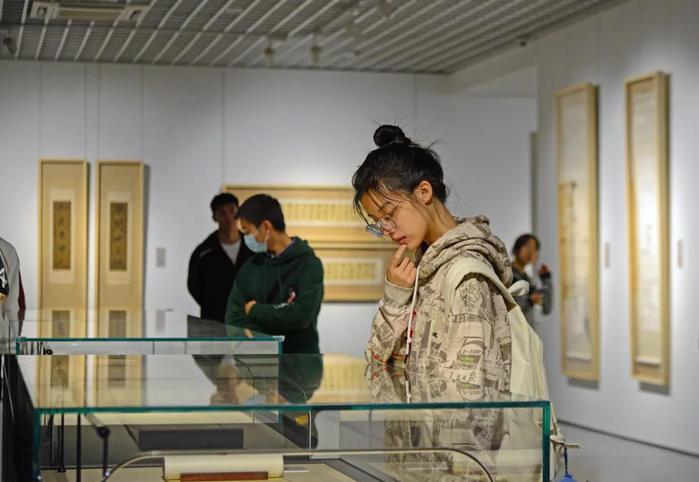 The “Exhibition of Calligraphy and Painting Works in Commemoration of the 100th Anniversary of the Death of Mr. Li Ruiqing” was jointly hosted by Nanjing University and Nanjing Museum.

The students enjoyed Li’s natural and quaint calligraphy and majestic and vivid paintings and learned about the educational philosophy and professional ethics of the university’s “old principal.”

Li served as Jiandu (principal) of Liangjiang Normal College from 1905 to 1911. 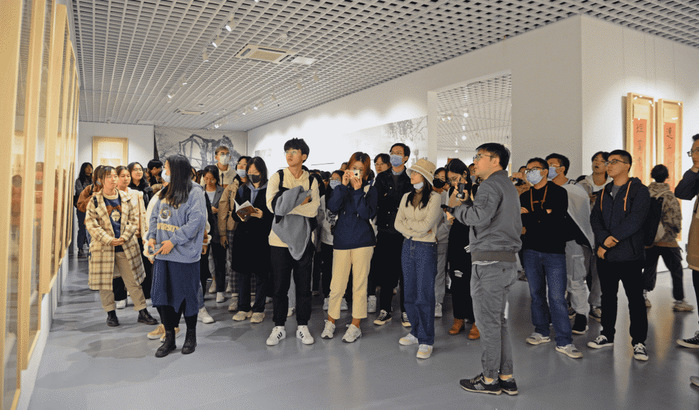 The exhibits are quite rich, and more than 160 pieces of calligraphy, paintings and literary works by Li Ruiqing and his teachers, friends and disciples are on display, and they show a clear art lineage of Li Ruiqing’s calligraphy and paintings and show their artistic and academic style.

Che Xudong, a professor from the School of History of Nanjing University, gave a lecture briefing on Li Ruiqing’s life and his artistic achievements. He also elaborated Li’s remarkable contributions and pointed out that his major achievements are concentrated in two fields, education as well as painting and calligraphy. 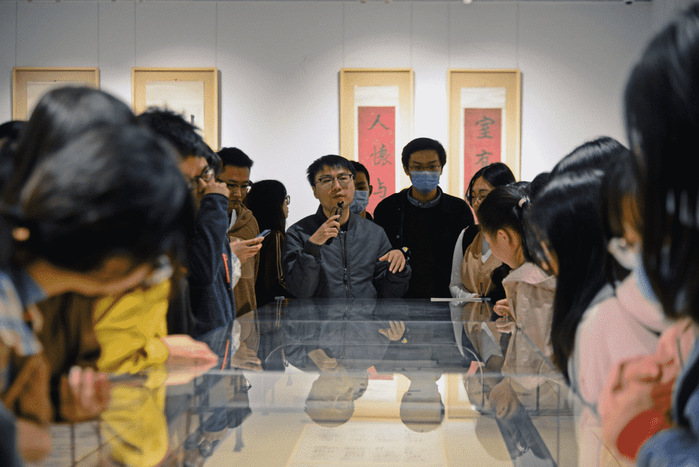 As an educator, Li had both outstanding knowledge and exemplary personality. He advocated the style of taking the world as one’s duty and put forward the school motto of “Chewing vegetable roots but doing great things.”

At the exhibition, the students saw many exhibits with bent fonts like earthworms, with the meaning of the combination of straights and curves. Che Xudong explained that this kind of brushwork is called “trembling brush” or “shaking brush.” This was Li Ruiqing’s understanding of steleology, and this brushwork with syncopated cadence originated from inscriptions on ancient bronze objects, which had a lineage from inscriptions on metals and stones to steleology. The syncopated cadence of the quivering brush adds texture and strength to the lines, reflecting the calligraphy’s sense of time and weight.

Professor Che’s vivid and wonderful explanation enabled the students to feel not only the charm of the works themselves, but also the humanistic sentiment and style of the creators.