The Summit on Deep Integration of Media at Prefectural, Municipal and County Levels and the 4th Jiangsu Media Industry Development Forum (2020) was held at Zijin Building in Nanjing University on November 15, 2020.

The gathering was co-organized by Jiangsu Zijin Media Think Tank and the School of Journalism and Communication, Nanjing University.

Coming to discuss the development of media integration were nearly 200 people including renowned professors and scholars and heads of management departments of CPC and government from all over the country.

Yang Zhong, deputy secretary of the standing committee of the university’s CPC Committee, attended the opening ceremony and delivered a welcome speech.

Yang said that media integration has shown a full-scale momentum. The summit and forum focus on the new experience and new problems of media integration at prefectural, municipal and county levels in China and analyze the new opportunities and new challenges in the process of deep integration.

Yang shared his belief that the industry and academia as well as different new media will further deepen the communication and dialogue with each other so as to realize the combination of ideas, integration of resources and sharing of values, provide both ideological and theoretical support as well as practical guidance for the establishment of convergence media at prefectural, municipal and county levels in China, and finally promote new progress in media integration. 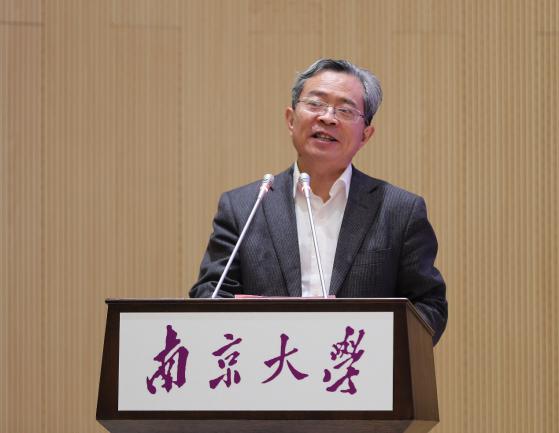 Since its establishment, Li said, dozens of professors and scholars have conducted interdisciplinary research and produced a number of think tank research results with characteristics and highlights.

This forum not only facilitates academic research and exploration, but also realizes the commercialization of achievements to attain the effect of serving media and decision-making, and this will definitely obtain fruitful results, said Li. 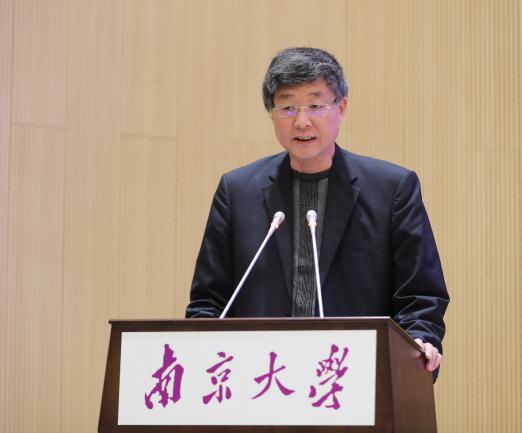 Over the past years, Jiangsu Province has actively responded to the development trend of media, continuously promoted the establishment of mainstream media platform together with the development of content, technology and talent, and achieved many new progress and new results, said Qian Gang, deputy director of Jiangsu Provincial Government Information Office.

The convergence media center built in Jinagsu has passed the test in the fight against the COVID-19 epidemic and has played a positive role in serving and guiding the masses of people. 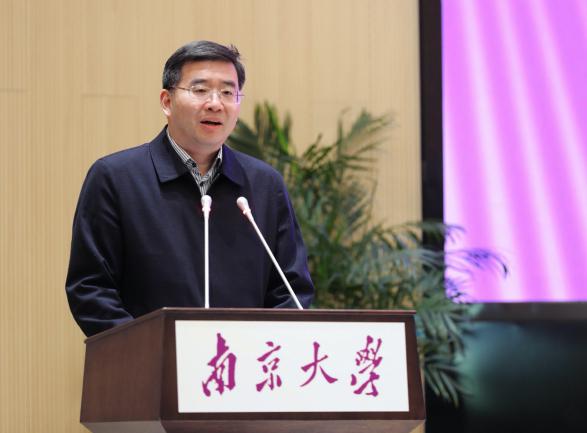 The opening ceremony was presided over by Zhang Hongjun, executive director of Zijin Media Think Tank and executive dean of the School of Journalism and Communication at Nanjing University. 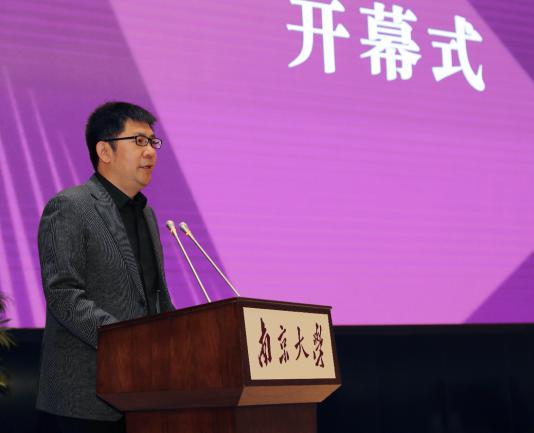 Zhang Hongjun presides over the opening ceremony. (photo: She Zhijun)

Media convergence is currently facing three key issues: Big or small in scale? Open or closed paradigm? Serving users or platforms? according to Yu Guoming, professor of School of Journalism and Communication of Beijing Normal University, distinguished professor of Chang Jiang Scholars Program of the Ministry of Education, and member of the Academic Committee of Jiangsu Zijin Media Think Tank. In the long run, communication media are not only the infrastructure of social life structure, but also the designer, promoter, integrator and builder who actively makes impacts. Beyond the field of content communication, the non-content field, which influences and reconstructs social life to a greater extent, is one of the most important roles that the media will assume in the process of future changes. 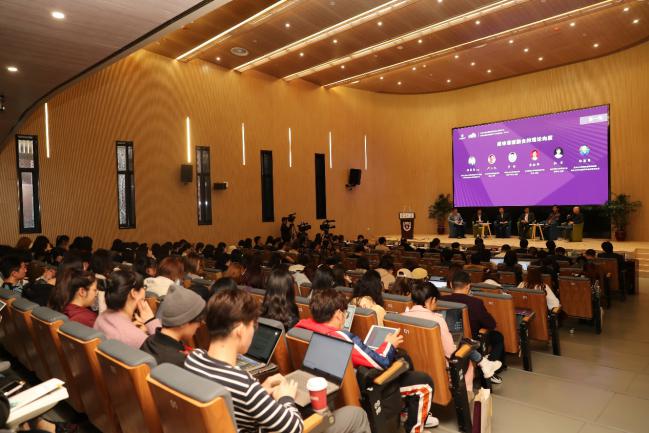 Academic dialogues are being carried out among professors, scholars and “establishers.” (photo: She Zhijun)

At the closing ceremony, Ding Boquan, professor of School of Journalism and Communication of Nanjing University, chief specialist of Zijin Media Think Tank, and director of the Center for Studies of Marxist Views of Journalism, gave a concluding speech, saying that this conference was of great significance to the study of media integration development at prefectural, municipal and county levels and summarized and responded to the content of each guest’s speech. 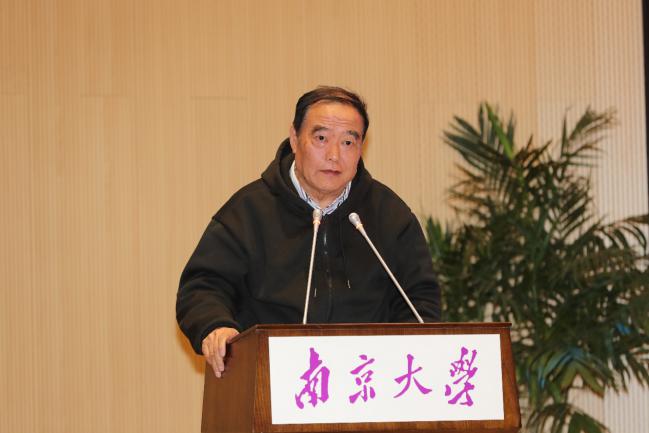